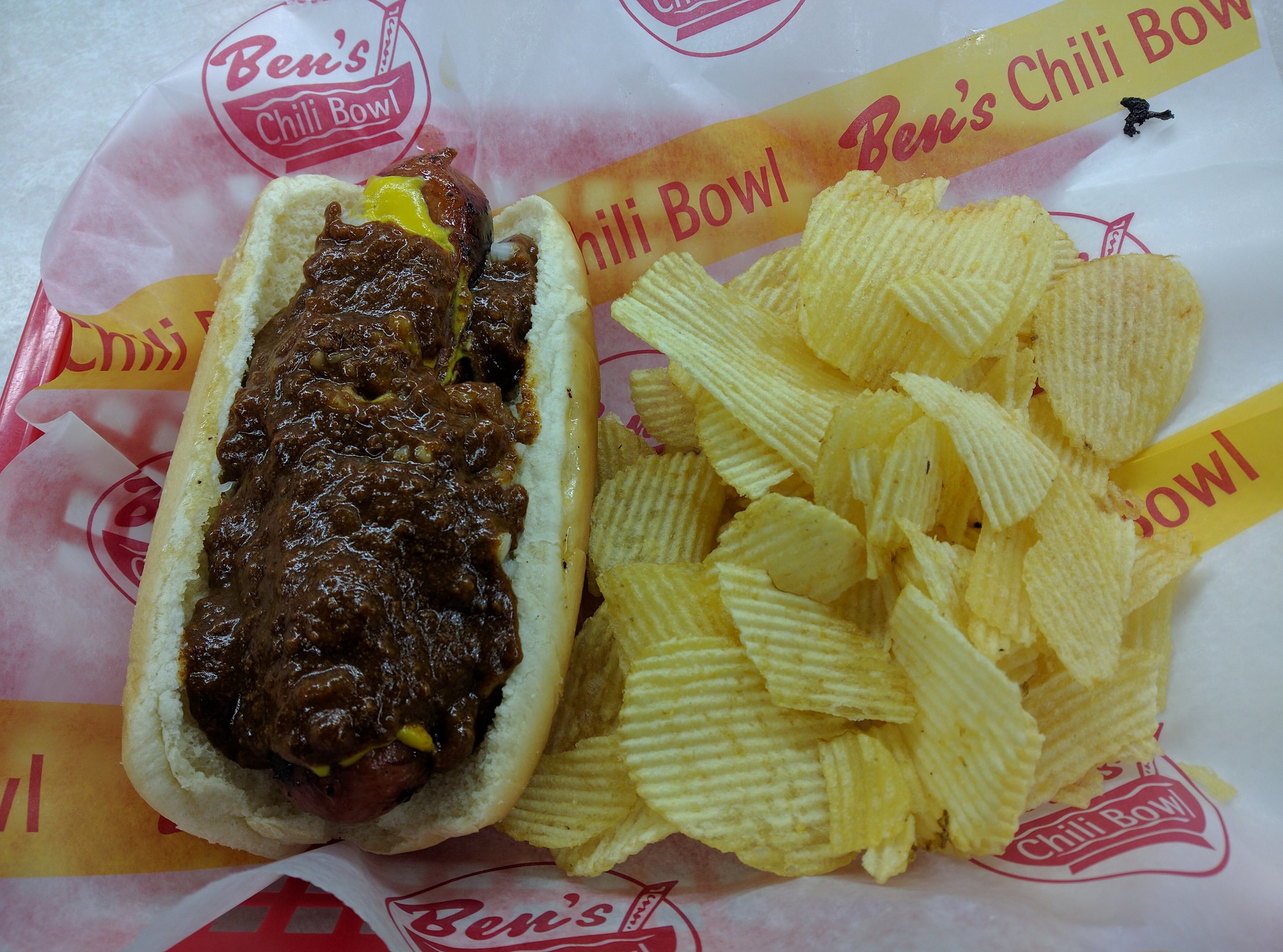 Half-smokes are coming to Baltimore, the Baltimore Sun reports. With Halfsmoke Baltimore, DC native Andre McCain is “is betting that Baltimoreans, too, will develop a taste for his hometown’s favorite food.”

Last week, he opened a restaurant in Canton’s Can Company, kicking off with a soft opening attended by invited politicians including the city’s comptroller and Baltimore Mayor Brandon Scott. …

For all its power and wealth, Washington has long come up short in the ‘signature regional cuisine’ department. The city’s shortage of such foods can reflect a knock on it: that it’s a transient place, lacking a core identity and authenticity.”

As in any discussion of regional foods, boundaries are sometimes useless and ironies abound. The famous half-smokes at Ben’s Chili Bowl in DC are actually made in Baltimore by Manger Packing Corporation. Old Bay, once made in Charm City, is now produced in the Baltimore suburb of Hunt Valley. A spokesperson tells Washingtonian that DC, the Northern Virginia suburbs, and Maryland make up manufacturer McCormick’s No. 1 market for the spice mix. And what about the lake trout?  They’re actually Atlantic whiting—and crab cakes, whether enjoyed in Maryland, DC, or Virginia, are often made with foreign crab.

Whatever stamps can be found on a half-smoke’s passport, it’s good to see DC regional foods make their way to Baltimore—a city that, depending on how you look at it, could be viewed as having a transient population as well. A recent study by Apartment List found a third of Baltimoreans using its service were interested in moving to Washington, DC, for instance. Perhaps those folks are in search of original versions of regional DC favorites like Lucky Buns (which will soon open a Baltimore outpost), Ben’s (a spot at Horseshoe Casino) or the cuisine of Peter Chang, who opened NiHao in Baltimore last year (close to McCain’s place, another import from the District, in a part of town that just needs one more import to be known as “The District District”)?

The Sun article repeats the tired calumny that DC has no local food. But the fact that people tend to move here from elsewhere is arguably the Washington food scene’s strength–it means that many foods Washingtonians associate with the region are transplants, too. (As Anna Spiegel wrote a few years ago, the lack of a distinct food identity has allowed the DC area to flourish, free of parochial concerns like traditional ways to make certain foods.)

Could other DC-area favorites with identities forged elsewhere catch on in Baltimore? Detroit-style pizza and Nashville-style hot chicken already have footholds in Charm City, while pho and Ethiopian food are not as well represented there as they are around these parts. Look out, Baltimore: Half-smokes may be the tip of the spear!