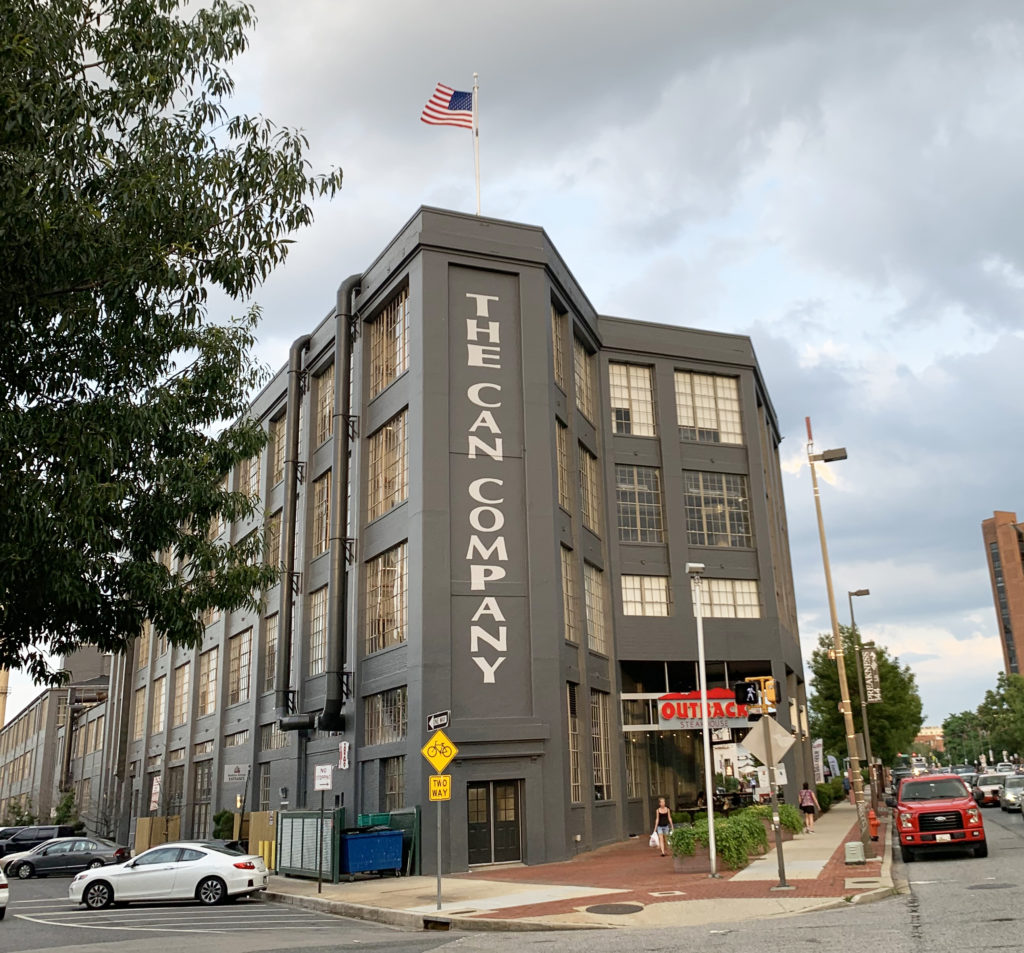 Baltimore, MD – The Can Company, a 205,865 square foot mixed-use project located at 2400 Boston Street in the Canton area of Baltimore City, is approaching 100% occupancy with the signing of five new leases comprising more than 15,000 square feet of space including three restaurants, of which two concepts are new entries into the Baltimore City Market. MCB Real Estate, the Baltimore-based developer and manager of the project, recently completed an exterior renovation strategy that encompassed placemaking improvements, fresh landscaping, and a project-wide repainting of the three iconic structures that were originally constructed in 1895.   The Property is owned by a joint venture between MCB and two New York based firms – Angelo Gordon and JMC Holdings LLC.

The Original Pancake House signed a lease for a space formerly occupied by Langermann’s. The tenant is a national sit-down restaurant that serves breakfast and lunch with a menu featuring pancakes, waffles, omelets and crepes. The Can Company represents the chain’s first Baltimore-area location, according to franchise owner Abdul Esreb. More than 125 sites are open nationwide.

“We selected The Can Company as the inaugural location in our local rollout because of the high density of residential product and office space that surrounds the mixed-use community,” explained Abdul Esreb, who expects approximately 25 workers to be employed at the restaurant. “The Can Company is extremely well-known and features an excellent mix of existing retailers, restaurants and businesses. The corporate office was intent on finding a suitable spot to open in Baltimore City and expand The Original Pancake House brand and this site offered the most attractive option.”

RegionAle, a restaurant specializing in pairing gourmet sandwiches and craft beer has also signed a lease at the property for its second location in the Baltimore metropolitan region. The menu selections offer a fresh take on classic sandwiches made popular in different regions (hence the name) of the country and include Maryland-style crab cakes, Philly cheesesteaks, New York Italian hero, Wisconsin grilled cheese sandwiches and Florida Cubano. The Canton restaurant will also offer a “Beerunch” which features breakfast and discounted beers.

In the early 1890s, the American Can Company was considered the largest can manufacturer in the United States and supported more than 800 employees. Subsequent buildings were constructed in 1913 and 1924, followed by a final infill structure that was completed in the 1960s. Manufacturing was halted in the late 1980s, with the project receiving a renaissance in the late 1990s with a configuration into office and retail space.